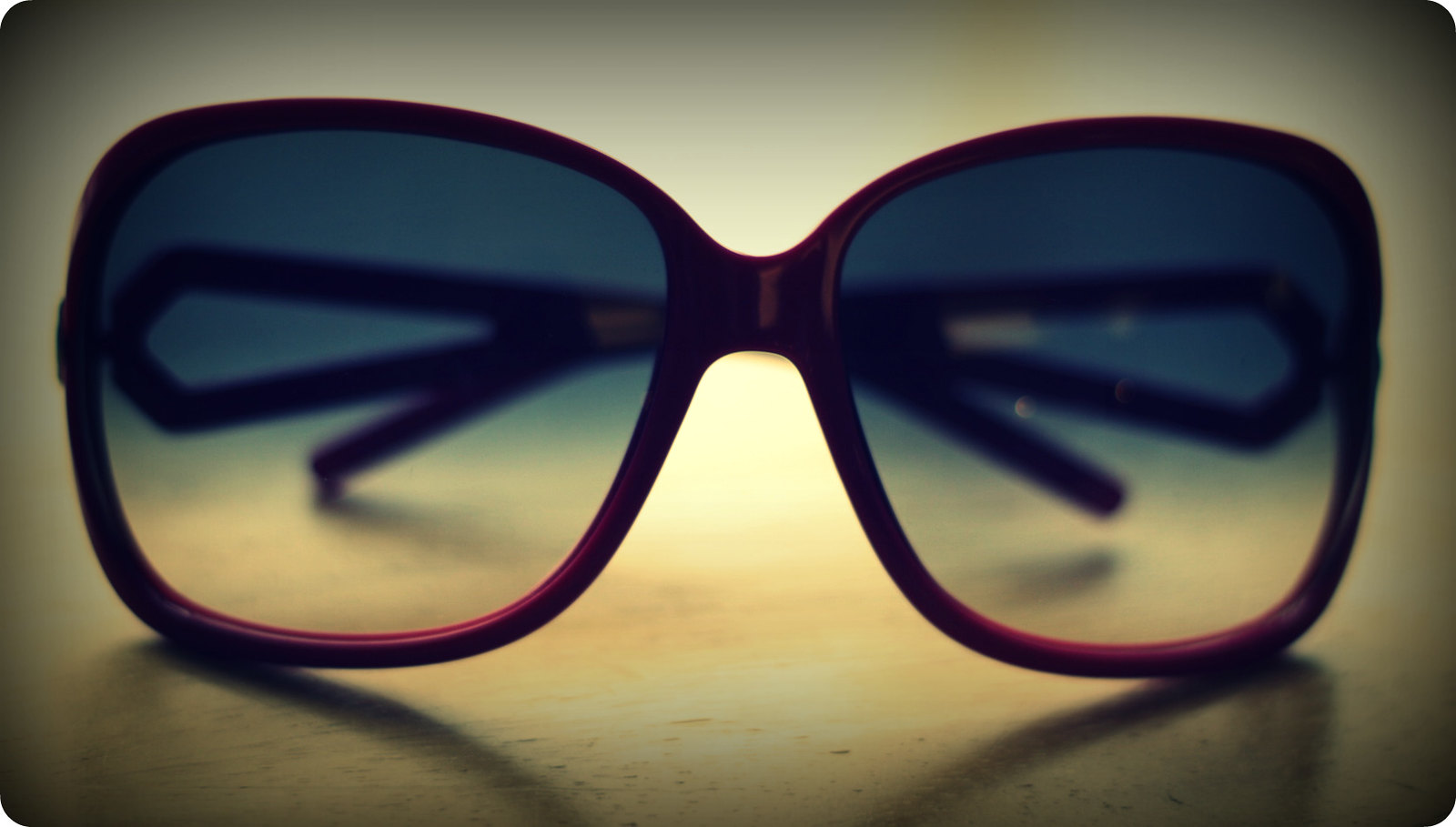 John 9:1-41
As [Jesus] walked along, he saw a man blind from birth. His disciples asked him, “Rabbi, who sinned, this man or his parents, that he was born blind?” Jesus answered, “Neither this man nor his parents sinned; he was born blind so that God’s works might be revealed in him. We must work the works of him who sent me while it is day; night is coming when no one can work. As long as I am in the world, I am the light of the world.” When he had said this, he spat on the ground and made mud with the saliva and spread the mud on the man’s eyes, saying to him, “Go, wash in the pool of Siloam” (which means Sent). Then he went and washed and came back able to see. The neighbors and those who had seen him before as a beggar began to ask, “Is this not the man who used to sit and beg?” Some were saying, “It is he.” Others were saying, “No, but it is someone like him.” He kept saying, “I am the man.” But they kept asking him, “Then how were your eyes opened?” He answered, “The man called Jesus made mud, spread it on my eyes, and said to me, ‘Go to Siloam and wash.’ Then I went and washed and received my sight.” They said to him, “Where is he?” He said, “I do not know.”

They brought to the Pharisees the man who had formerly been blind. Now it was a sabbath day when Jesus made the mud and opened his eyes. Then the Pharisees also began to ask him how he had received his sight. He said to them, “He put mud on my eyes. Then I washed, and now I see.” Some of the Pharisees said, “This man is not from God, for he does not observe the sabbath.” But others said, “How can a man who is a sinner perform such signs?” And they were divided. So they said again to the blind man, “What do you say about him? It was your eyes he opened.” He said, “He is a prophet.” The Jews did not believe that he had been blind and had received his sight until they called the parents of the man who had received his sight and asked them, “Is this your son, who you say was born blind? How then does he now see?” His parents answered, “We know that this is our son, and that he was born blind; but we do not know how it is that now he sees, nor do we know who opened his eyes. Ask him; he is of age. He will speak for himself.” His parents said this because they were afraid of the Jews; for the Jews had already agreed that anyone who confessed Jesus to be the Messiah would be put out of the synagogue. Therefore his parents said, “He is of age; ask him.”   So for the second time they called the man who had been blind, and they said to him, “Give glory to God! We know that this man is a sinner.” He answered, “I do not know whether he is a sinner. One thing I do know, that though I was blind, now I see.” They said to him, “What did he do to you? How did he open your eyes?” He answered them, “I have told you already, and you would not listen. Why do you want to hear it again? Do you also want to become his disciples?” Then they reviled him, saying, “You are his disciple, but we are disciples of Moses. 29We know that God has spoken to Moses, but as for this man, we do not know where he comes from.” The man answered, “Here is an astonishing thing! You do not know where he comes from, and yet he opened my eyes. We know that God does not listen to sinners, but he does listen to one who worships him and obeys his will. Never since the world began has it been heard that anyone opened the eyes of a person born blind. If this man were not from God, he could do nothing.” They answered him, “You were born entirely in sins, and are you trying to teach us?” And they drove him out.

Jesus heard that they had driven him out, and when he found him, he said, “Do you believe in the Son of Man?” He answered, “And who is he, sir? Tell me, so that I may believe in him.” Jesus said to him, “You have seen him, and the one speaking with you is he.” He said, “Lord, I believe.” And he worshiped him. Jesus said, “I came into this world for judgment so that those who do not see may see, and those who do see may become blind.” Some of the Pharisees near him heard this and said to him, “Surely we are not blind, are we?” Jesus said to them, “If you were blind, you would not have sin. But now that you say, ‘We see,’ your sin remains.”

---
So today’s gospel is a story about healing.

Which is something Jesus does a lot of in the Bible.

In most healing stories, the healing comes at the end. It’s the heart and the point of the story.

Because today’s story isn’t a story about whether or not God’s love can heal bodies or minds or spirits.

It is a story about how we react to the healing love of God in our midst - whether we trust it or resist it, whether we react with fear or confusion or faith.

The first reaction of the community to the healing of the man born blind is skepticism. “This guy looks like the guy who used to sit and beg on the street….but it can’t possibly be him.” “Tell us again how you were healed…?”

Then we have religious leaders who interrogate the healed man, pressing him for unknowable details, doubting him, threatening him. These religious leaders run back and forth from the healed man to his parents, to confirm that he had, indeed, been born blind, since they were so resistant to the possibility of healing that they thought it must be a trick.

And through all of the questions and the running back and forth, all of the skepticism and resistance and fear, the man born blind keeps coming back with his simple testimony:

Friends, this story today begins with a simple premise: that God’s love heals.

And healing doesn’t make rational sense. It invokes questions and confusions and chaos.

But the lesson of our gospel today is that if we keep our hearts open, and if we let our questions expand our imaginations instead of narrowing them, then we will recognize God’s healing love in our midst. And the sight of healing will provoke our faith. And nurture our hope.

This is the witness of the man born blind. He might not understand how he was healed, he might not know everything about who Jesus is, but at the end of the day, he knows in his body that he has been healed. He doesn’t have all the answers, but he recognizes God’s healing love. And this recognition fills him with trust and hope and wonder. It gives him faith.

Friends, we are living in muddy days right now. Days filled with questions and confusion. Days where it feels like we are running around trying to catch up with the news and the needs around us.

And our souls are hungry for healing.

This gospel reading today gives us two things to cling to:

1. The promise that God’s love heals
2. The encouragement to recognize, trust, and appreciate the miracles of healing we see around us.

Trusting the promise that God’s love heals means remembering that there will be a far side to all of this. We are living a perpetual Ash Wednesday life right now, holed up in our homes as we face our mortality in new and intense ways. And there may yet be a Good Friday for each of us and for our world, where bad news and despair hit a crisis point, and it feels like God has died. But Good Friday has never been the end of the story. Pain and suffering and anxiety and grief and death have never been the end of the story. We have the promise of Easter. Of God’s new creation. Of a tree of life with leaves for the healing of the nations. God’s love heals. Things will get better.

And so instead of filling our days with despair, we can fill our days recognizing and trusting and appreciating miracles of healing in our midst.

We can look for the ways that God’s love shows up as healing balm, even in the mud, even in the chaos. We can cling to the things that heal our spirits.

Like news of dolphins swimming the canals in Venice.
Or the generosity of our community in supporting local businesses, and in setting up a way to match up people in need with people who can help.
Or the news of landlords suspending evictions, and utility companies suspending shut-offs.
Or arts organizations who are putting beautiful things out there into the world for free.

Maybe this epic slow-down is bring rest and healing to your previously over-busy life.
Maybe you are coming to a new appreciation of nature and the healing properties of fresh air and camaraderie with God’s creation.
Maybe you are watching, with fascination, the ways that the earth is healing itself when we humans are forced to get out of the way.

Don’t blink. These are all revelations of hope and healing around us. These are ways that God’s glory is being revealed.

Let these things provoke you to new faith. Don’t close your heart. Resist your natural urge toward cynicism. Lean into these things and let them restore you.

And then trust God’s healing love enough to ask for it and to offer it.

Pray, fervently, for all who are sick right now, all who are infected, all who are struggling to outlive hospitals who do not yet have room or resources for them. Pray for those who risk exposure every day to provide for others - doctors, nurses, first responders; grocery store clerks, pharmacists, trash collectors, sanitation workers; mail carriers, research scientists, fast food drive-through window workers.

And offer yourself freely to become glimmers of hope and healing for others. Use your fear and frustration and anger for good. Challenge leaders to continue this trajectory of becoming better servants of the common good. Call anxious neighbors and offer words of peace and hope. Give money, where you can. Find creative ways to put laughter and beauty out there into the world.

We may not know the ending of all of this. We may not understand all the ways that God is present in the mud and the chaos.

But we can trust the testimony of the man in today’s gospel who says: “All I know is this: I was blind. And now I see.”

All we know is this: This world hurts. And God’s love heals.

May God’s glory continue to be revealed to us in these difficult days, and may we find the faith to bear our testimony of hope like a beacon into this world.