Ascension C: What are you waiting for? 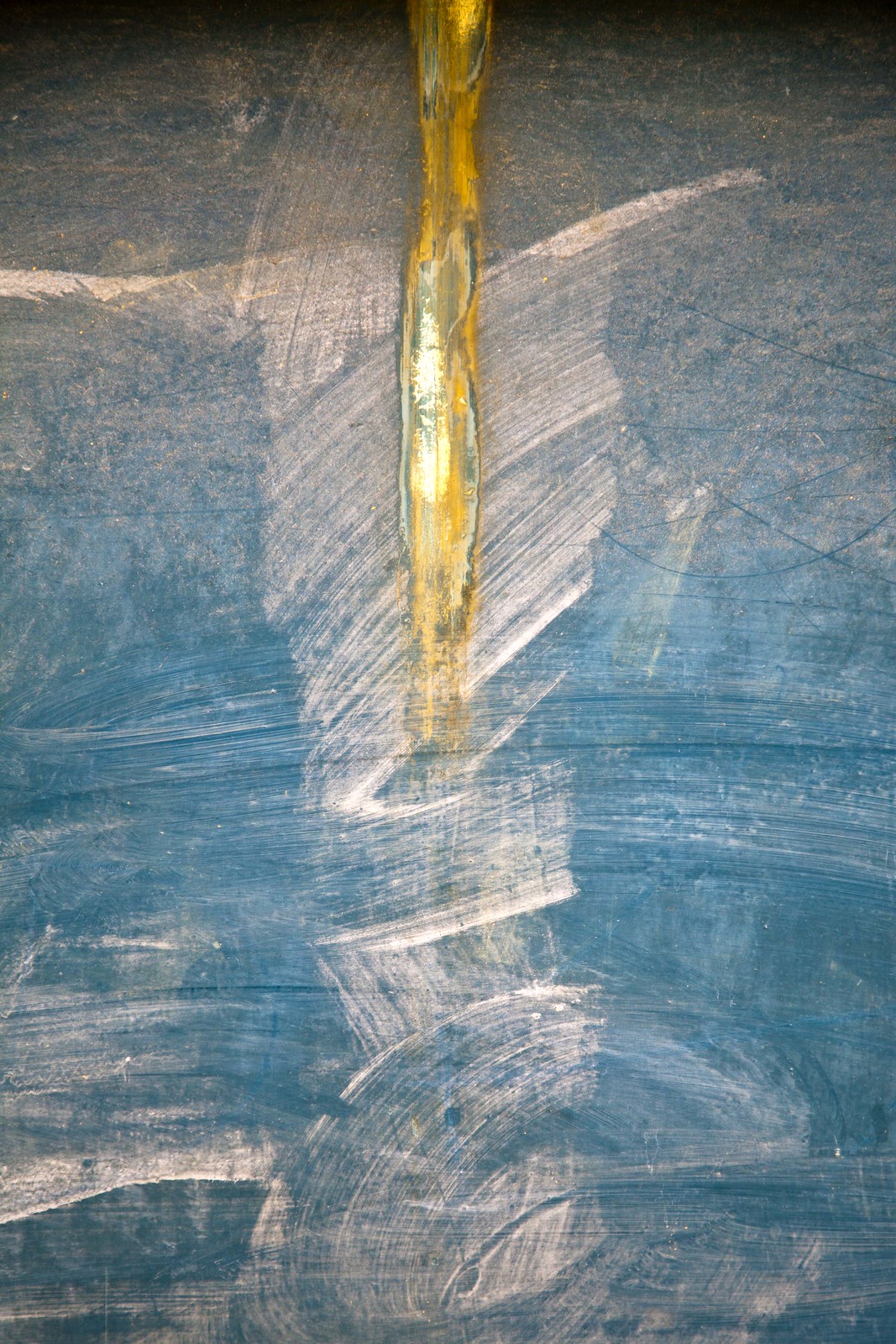 Acts 1:1-11
[Luke writes:] 1In the first book, Theophilus, I wrote about all that Jesus did and taught from the beginning until the day when he was taken up to heaven, after giving instructions through the Holy Spirit to the apostles whom he had chosen. After his suffering he presented himself alive to them by many convincing proofs, appearing to them during forty days and speaking about the kingdom of God. While staying with them, he ordered them not to leave Jerusalem, but to wait there for the promise of the Father. “This,” he said, “is what you have heard from me; for John baptized with water, but you will be baptized with the Holy Spirit not many days from now.”

So when they had come together, they asked him, “Lord, is this the time when you will restore the kingdom to Israel?” He replied, “It is not for you to know the times or periods that the Father has set by his own authority. But you will receive power when the Holy Spirit has come upon you; and you will be my witnesses in Jerusalem, in all Judea and Samaria, and to the ends of the earth.” When he had said this, as they were watching, he was lifted up, and a cloud took him out of their sight. While he was going and they were gazing up toward heaven, suddenly two men in white robes stood by them. They said, “Men of Galilee, why do you stand looking up toward heaven? This Jesus, who has been taken up from you into heaven, will come in the same way as you saw him go into heaven.”

Luke 24:44-53
[Jesus said to the eleven and those with them,] “These are my words that I spoke to you while I was still with you—that everything written about me in the law of Moses, the prophets, and the psalms must be fulfilled.”Then he opened their minds to understand the scriptures, and he said to them, “Thus it is written, that the Messiah is to suffer and to rise from the dead on the third day, and that repentance and forgiveness of sins is to be proclaimed in his name to all nations, beginning from Jerusalem. You are witnesses of these things. And see, I am sending upon you what my Father promised; so stay here in the city until you have been clothed with power from on high.”

Then he led them out as far as Bethany, and, lifting up his hands, he blessed them. While he was blessing them, he withdrew from them and was carried up into heaven. And they worshiped him, and returned to Jerusalem with great joy; and they were continually in the temple blessing God.
---
Follow this link for video of the sermon
---
Let’s begin with a question today:

It is a question that lingers at the heart of our readings for Ascension today. Ascension is the last movement in the Jesus story, at least until the next chapter unfolds upon his return to earth at some point in the mysterious future.

There are two ways to ask the question.

This is where the story of the Ascension begins. With waiting. Jesus and the disciples, waiting on the mountain as Jesus prepares to leave the scene, again. I suspect the feeling up there on the mountain is some sort of spiritual version of waiting at a train station to see off a loved one, or preparing to send your kid to college, or driving to the airport to drop off a friend who is moving overseas. There’s this nervous energy, lots of fidgeting and questions, filling the space with last instructions and preparations and checklists, knowing that this goodbye is final, but also has the illusion of being open-ended. It isn’t death. It is a different sort of parting. A long-term separation, tinged with anticipation and even excitement.

Jesus reminds the disciples of the scriptures. He charges them, in his absence, with proclaiming repentance and forgiveness of sin in his name, because they have been witnesses to his death and resurrection. He promises to give them his Spirit, which will accompany them and inspire them and empower them.

Jewish New Testament scholar Amy-Jill Levine helps us understand what the disciples would have been expecting of Jesus. She says that the Jewish expectation of what makes a messiah the messiah is that they “bring about the messianic age. The messianic age is the time when everybody comes back from the dead, all the Jews in exile come back to their homeland in Israel, there’s a final judgment, and there’s peace on earth. The followers of Jesus thought the messianic age was beginning with his resurrection.” (The Christian Century, March 13, 2019)

But it’s the eleventh hour up there on the mountain, and the world doesn’t yet look any different, even on this side of Christ’s resurrection. So the disciples naively ask Jesus, “Lord, is this the time that you will restore the kingdom to Israel?” Put another way, “Sooooo Jesus. You are the messiah. And you’re about to leave the earth. And…aren’t you going to finish up this kingdom of heaven business before you go?”

Waiting for lasting peace. The triumph of good. The destruction of evil. Deliverance from the hand of our enemies. Freedom from fear. The eternal ordering of chaos. Return home from exile. Resurrection of the body. Restoration of creation. Abundance of life and life eternal.

This might be why the disciples keep standing there, staring at the sky, after Jesus has been taken up on the cloud. They are watching for a lightning flash that signals the destruction of the old world and the beginning of the new one. They are looking for a sign in the heavens that tells them that the world is finally at rest. They stand there on the mountain, expecting the world to turn over, right before their very eyes. Unable or unwilling to go back down the mountain until they see this divine transformation take place.

This is us, too. How often we feel helpless to do anything but stand in wait when we feel overwhelmed by our imperfect, unfinished, groaning creation: the burdens of impending ecological disaster, the persistent gun violence in our nation, the pervasive march of war around the world, hunger, dirty water, refugee camps, hate crimes, bigotry and prejudice and mysogony and all of that.

It’s too much. And our feet get stuck there on the mountain, right next to the disciples. We look to the sky, knowing deep in our hearts that only a savior in the sky can, once and for all, quiet the chaos in this world and bring us rest and peace, the desire of our hearts.

We know what we are waiting for. The kingdom come.

But, as it turns out, we don’t get to stay there on the mountain to wait for it.

So this leads us back to our opening quesiton, “What are you waiting for?” And to the other way that we can ask those same words. Which is to ask the question rhetorically, or with a glint in our eye, asking not “What is it for which you wait?” but instead, “Why haven’t you started moving yet?”

What’s stopping you? What’s holding you back? Why are you still here?

This is what those messengers on the mountain ask the disciples, in so many words:

Why do you stand looking up toward heaven? Jesus will come back. All the stuff you are waiting for, it’ll come, in its own time. Even though you expected it now, don’t worry. It’ll happen. Later. Also, did you not listen to what Jesus told you? You are his witnesses. You are the ones to proclaim his death and resurrection. You are the ones to whom Jesus has given the holy work of building the kingdom in his absence. Jesus might have gone up there in the clouds, but his Spirit is going to fall upon you, and it will encourage you and empower you and provoke you and give you all the power of God to keep building up the kingdom of heaven, bit by bit.

The Spirit is exactly what Jesus promised, of course. Not just in his final instructions to the disciples on the mountain, but even before his death. Jesus, in his last hours before arrest and crucificion, promises to send upon his disciples the Holy Spirit. Jesus says that by this Spirit, his disciples of all generations will do greater works even than he did while on earth.

And before we try to minimize that idea...have you ever really thought about what it means that the Holy Spirit literally puts the power of God within you to turn the kingdom of this world into the kingdom of heaven? I mean…it’s not just that we try to do nice things in this world, but we have God on our side and God working through us as we pursue kingdom values of compassion and grace, generosity, justice, peace, the flourishing of all people and all creation.

We celebrate the sacrament of Holy Baptism today, and we will hear again God’s promise to claim and all us each through these waters. We will hear that prayer which bestows upon this child and all of us the gift of the Holy Spirit. We will hear again the calling that is set before all of God’s children: to live among God’s faithful people, to hear the word of God and share in the holy supper, to proclaim the good news of God in Christ to all people in word and deed, to serve all people, following the example of Jesus, and to strive for justice and peace in the world.

This is not just a nice, aspirational list of some unattainable ideal of discipleship. These are the very things that God not only calls us to do, but equips us to do. We are witnesses to Jesus Christ, the one who died and rose again, the one who birthed among us the kingdom of heaven, the one who gives us the gift of the Spirit to carry on with this work, down the mountain, beyond the horizon, to all the ends of the earth.

So what are we waiting for?

These are the gifts given to us, not for ourselves, but for the sake of the world. These are the gifts that can only shine when we move away from the mountaintop, and turn our eyes away from a bare sky to the waiting world below. Each of us, by the Spirit, filled to overflowing with the gifts and power of God to build up Christ’s kingdom.

So what are we waiting for?
Labels: Easter sermon Year C